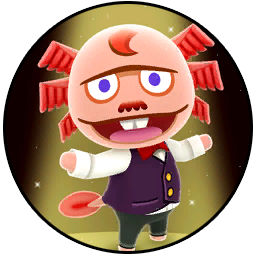 Just like real life, Animal Crossing: New Horizons residents have their own personalities and attitudes. The residents in Animal Crossing are broken down into eight different personalities, each having small differences inside those eight. Their personality will change how they speak with you and act around you, as well as what you see them doing around the island. This guide will help you learn about each personality, as well as what they bring to the table! It's good to note that even though each resident has one of the eight personalities, they still have their own style and color preferences. Each resident is different!

There are also six sub-personalties which add to the complexity of each resident:

Education: Residents into Education might decide to wear glasses and read a book, as well as visiting the museum.

Fashion: Residents into Fashion will often be seen in the Able Sisters shop, as well as comment about your outfit. They’ll often be seen carrying a handbag and wearing accesories.

Music: Residents into Music will stop by musical instruments, record players, etc to sing along/play along. They often will also sit or stand near music players regardless of singing.

Nature: Residents into Nature will often stand around flowers, oftentimes watering or studying them. They’ll also sit under trees or watch bugs & fish.

Play: Residents into Playing will often stop you to ask if you want to do a treasure hunt, or chase other villagers. They’re also the residents that “Naruto run” the most.

A note about certain personalities: